Kim joined the Junior League of Topeka in 2012, diving in head first, she was named the 2012-2013 New Member of the Year. Since then she hasn’t slowed down, serving congruently on the Funding and Community Impact Councils several years before taking on the revamping of Volunteer and Member Responsibilities Coordination with the League’s new website launch in 2013-2015. Previous to accepting the role of President Elect in 2019, Kim served as the VP of Leadership Development where she focused on mentorship, the revamp of League training, and successfully led the transition of the JLT’s signature project, the Diaper Depot, to its permanent home with Community Action in 2018.Kim graduated from Emporia State University and is currently a Vice President of Medicare Solutions at Advisors Excel. In addition to her career and volunteerism through JLT, Kim is active in the Shawnee Heights District where her two daughters, Hannah (15) and Ava (14) attend school.  She’s quite active in the district, serving on the various PTO boards, the Middle School Site Council, and the District Advisory Council. 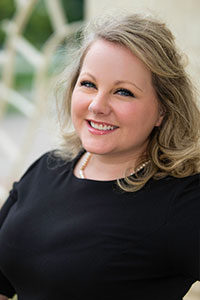 Brie Parks is the President-Elect of the Junior League of Topeka. Joining in 2017, she previously served as the Vice President of Funding Development where she led the inaugural Little Black Dress Initiative raising awareness and funds to improve child welfare in Topeka.

When Brie is not volunteering her time with the Junior League she serves as the Director of Marketing for AE Wealth Management, one of America’s rapidly growing Registered Investment Advisory firms. In her role, Brie creates strategies and plans that help recruit and retain financial advisors for AE Wealth Management while also building tools to help financial advisors across the country grow their business and better serve their clients.

Outside of work, Brie is actively engaged in the Topeka community and has previously held board positions with the Race Against Breast Cancer and the American Advertising Federation of Topeka. She has spent time volunteering with the Kansas Children’s Discovery Center, Let’s Help, Project Topeka and Harvesters. Brie has been honored as one of Greater Topeka’s Top 20 Under 40 and has also had the great pleasure of being selected to receive the Carolyn Terhune Volunteer of the Year award and Junior League of Topeka’s Active Member of the Year award. She’s a proud alumni of Kansas State University and more recently, Leadership Greater Topeka’s greatest class ever – the Class of 2012. Brie lives in Topeka with her husband, Matthew, and their two daughters, Audra & Ryann. When she’s not working, she enjoys reading, keeping up with the latest binge-worthy shows on Netflix, going to the movies and spending time with her family. 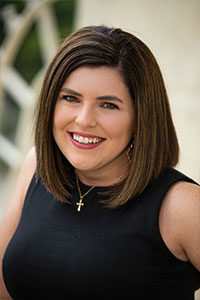 Sarah Carnahan Sarah joined Junior League in 2017 to meet new women and get more involved in the Topeka community. She has served on the Funding Development council her first active year and then was elected Treasurer to serve 2019-2021. She graduated from Wayne State College in Nebraska with a Bachelor’s degree in Human Service Counseling in 2006. She works at Meals on Wheels of Eastern Kansas as a Program Assessor, where she enrolls seniors into the Meals on Wheels program. Sarah lives with her husband Corey and dog, Lucy. She enjoys quilting, reading, and visiting new breweries/wineries. 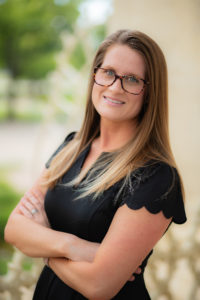 Kristina Simmons joined the Junior League of Topeka in 2016. She has served on the Membership Development Council and the Community Impact Council where she held the Advocacy Chair position. She was a member of the Transformation Committee which followed AJLI’s 2-year long process transforming our league from project-focused to issue-based. Kristina was also very active on the committee responsible for planning and hosting our 2020 inaugural Capital Impact Leadership Summit.

Kristina graduated Summa Cum Laude from Washburn University with a Bachelor of Health Science, Medical Imaging in 2010. She graduated with honors from MidAmerica Nazarene University with a Master of Arts in Business concentrating on Healthcare Administration in 2013. She serves as the Practice Manager for both the Women’s Center and the Neurosurgery Clinic at the University of Kansas Health System, St. Francis Campus. Kristina is also an Adjunct Professor for the Allied Health Department at Washburn University. She is married with two children, Kenzie and Rylan. Kristina and her husband, Robbie, enjoy crafting together and recently established their small business, 10-39 Design, LLC. 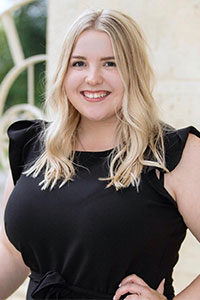 Bailee joined the Junior League of Topeka in 2016 and has served on the Communications Council for the past three years. She has served as the Creative Director, Editor, and Assistant Editor for the Capital Impact Magazine and was voted Active Member MVP in 2018. In addition to Junior League, Bailee is a volunteer with Big Brothers Big Sisters of Shawnee County, Boys and Girls Club of Topeka and is a member of Forge. She attended Allen Community College where she graduated with an Associate’s in Graphic Design. Bailee works as a Digital Marketing and Social Media Strategist at Blue Cross and Blue Shield of Kansas. In her spare time, she enjoys reading, taking her dogs, Boswell and Bernie, on walks, and traveling. 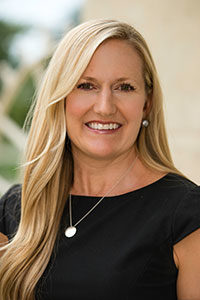 Shannon joined Junior League of Topeka in 2017 and has served on the Funding Development Council prior to being elected as VP of Community Impact. Shannon was born and raised in Albuquerque, New Mexico, then spent a few years living in Los Angeles, California before making her way to Kansas. She attended the University of Kansas where she served on the University of Kansas Student Senate and graduated with a Bachelor of Arts degree in Political Science in 2004. She received her Juris Doctorate degree from Washburn University in 2008. Shannon worked as a lobbyist for Little Government Relations until her son Toby was born in 2012. In addition to JLT, she is active in Topeka Civic Theater where she got to play one of the greatest roles of her life, The Little Mermaid in Disenchanted!, in June of 2018 and has appeared in Main Stage and Theater for Young Audiences productions as well. Shannon also serves as a Moms Demand Action for Gun Sense In America volunteer leader in Kansas. Shannon’s favorite and most joyful role in life is that of mom to her eight year old son, Toby. Shannon and her husband Stuart live in Topeka with her step-children Ben, Caroline, and Sam as well. She enjoys swimming, reading, running, traveling, gardening, and having adventures with her son. 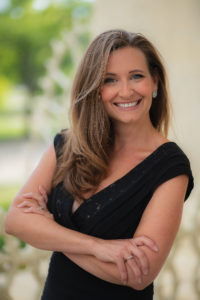 Amber joined the Junior League of Topeka in 2015, upon returning to our community after an eighteen-year hiatus. She was the 2015-2016 New Member MVP, and helped develop and formulate the plans for our magazine, Capital Impact, of which she served as the first editor for the inaugural edition. She briefly served on our board as VP of Communications in 2017. She then helped behind the scenes as a member-at-large and served on the Leadership Council as our Obligations and Recognitions Chair.

After attending the University of Kansas, Amber made her way into the advertising world as an Account Executive and then as the owner of a small advertising, public relations, and marketing agency in Kansas City. She then gained experience in publishing as Advertising Director, Acting Publisher, and Associate Publisher of an alternative newsweekly in Augusta, GA. She was a 2017 nominee for the 2017 “Topeka’s Top 20 under 40” award. Amber and her husband, Kristopher, have been married for twenty-three years and have six children. They started the “Dr. Kristopher and Amber Carlson Family” donor advised fund at the Topeka Community Foundation in 2015 to pay it forward into the community that they raise their family in, and to encourage others to join in philanthropic giving. Amber is the VP of Operations for Mid America Health, PA. Always up for continually learning opportunities, she is again a student at the University of Kansas. 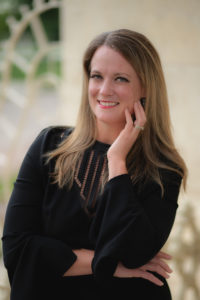 Laura joined the Junior League of Topeka in 2016 and was named the 2016-2017 New Member MVP. Since then she has spent her time learning the ropes  of the Leadership Council, serving as the Training Chair and the Sustainer Relations Chair. She is currently heading up the JLT Bookclub, and thoroughly enjoys both the books and the friendships she has made with both Active and Sustaining members. She is excited for her placement as the VP of Leadership Council. Laura moved to Topeka in 2015, and is grateful to Junior League for the ability to network and feel at home rather quickly after living in several different areas of the country . After graduating from the University of Rochester in 2002, Laura lived in Boston for a year before applying to dental school.  In 2007, she graduated Magna Cum Laude from the University of Maryland Dental School and practiced general dentistry in Chicago. She then went on to earn her Pediatric Certificate at the Children’s Hospital of Colorado in 2013. Laura owns Vaughn Pediatric Dentistry, and she and her husband Matt live in Southwest Topeka with their children, Nolan and Callie. She serves on the Topeka Symphony Board, and was named one of Topeka’s Top 20 Under 40 in 2018.  In her favorite moments, she can be found hanging around a pool reading a book. 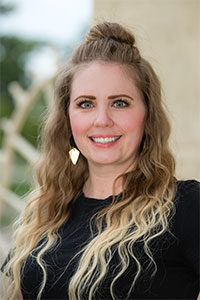 Kelsey joined Junior League of Topeka in 2015 and has served on the Membership Development Council since joining. She moved to Kansas in 2006 after Graduating from Arizona State University where she received a Bachelor of Science in Family and Human Development. Kelsey is the Director of Sales at Hyatt Place Topeka. In addition to Junior League, she is the 2019 Vice President of the Topeka Lodging Association and recently joined the Topeka Symphony League Board of Directors. Kelsey resides in Lawrence with her husband, James, daughter, Everly, and four legged babies; Luna, Marley and Ziggy. Although she is not a resident of Topeka, Kelsey enjoys giving back to the community where most her time is spent. In her spare time, she enjoys crafting and traveling. 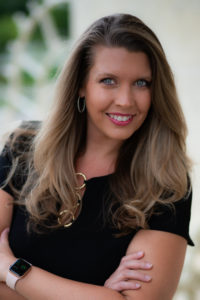 Heather joined the Junior League of Topeka in 2012 and served as the volunteer coordinator for the Community Impact Council for 2 years before being elected to serve as Treasurer on the JLT Board in 2015. After serving on the Board for 2 years she became Co-GMM chair for the Leadership Council. In 2019 she accepted the task of Chairing and forming the Nominating Committee. This was a brand new position and committee which led to her accepting the appointed position of becoming the VP of Nominating for the 2020-2021 League year. Heather is also currently serving on the board for Le Bon Vivant as the Membership Chair. She also currently sits on the Finance Committee for Countryside United Methodist Church. Heather served on the CASA of Shawnee County Board of Directors for 6 years, where she was Treasure and sat on the Executive Committee for 4 of those years. She graduated from Kansas State University with a degree in Finance in 2004 and is Vice President and Business Banking Officer for CoreFirst Bank & Trust. Heather and her husband also coach their daughter’s soccer team in their spare time. Heather and her husband, Aaron, live in Topeka with their children, Brynley and Kye. 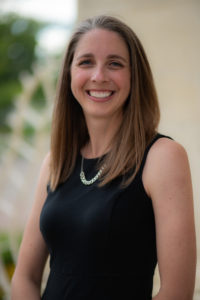 Outside of Junior League, Haley is the Executive Vice President of the Heartland Credit Union Association, a regional trade association serving close 200 credit unions in Kansas and Missouri. She was a member of the 2013 class of Leadership Kansas.  Haley currently serves on the Board of Trustees for the Library Foundation of the Topeka Shawnee County Public Library as well as the Board of Directors of the Kansas Cooperative Council.

Haley and her husband, Jason, have two daughters, Hadley and Eleanor.  In her free time, she enjoys reading, cooking, and traveling (or dreaming of travel). 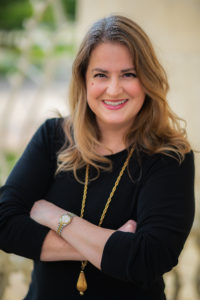 Carrie Riordan is a past president of Junior League (2004-2005), a past recipient of the JLT Gold Rose Award (2015). She is a non-profit management professional who helps organizations with communications and marketing, strategic planning, executive leadership, and organizational effectiveness. She has worked in non-profit management for more than two decades and is the founder of Riordan & Associates, a professional consulting services company that helps non-profit organizations fulfill their missions. She is an active community volunteer who has served on numerous non-profit boards. Her current volunteer efforts focus on advocating for racial, gender, and social justice, and arts and human services organizations..

By continuing to use the site, you agree to the use of cookies. more information